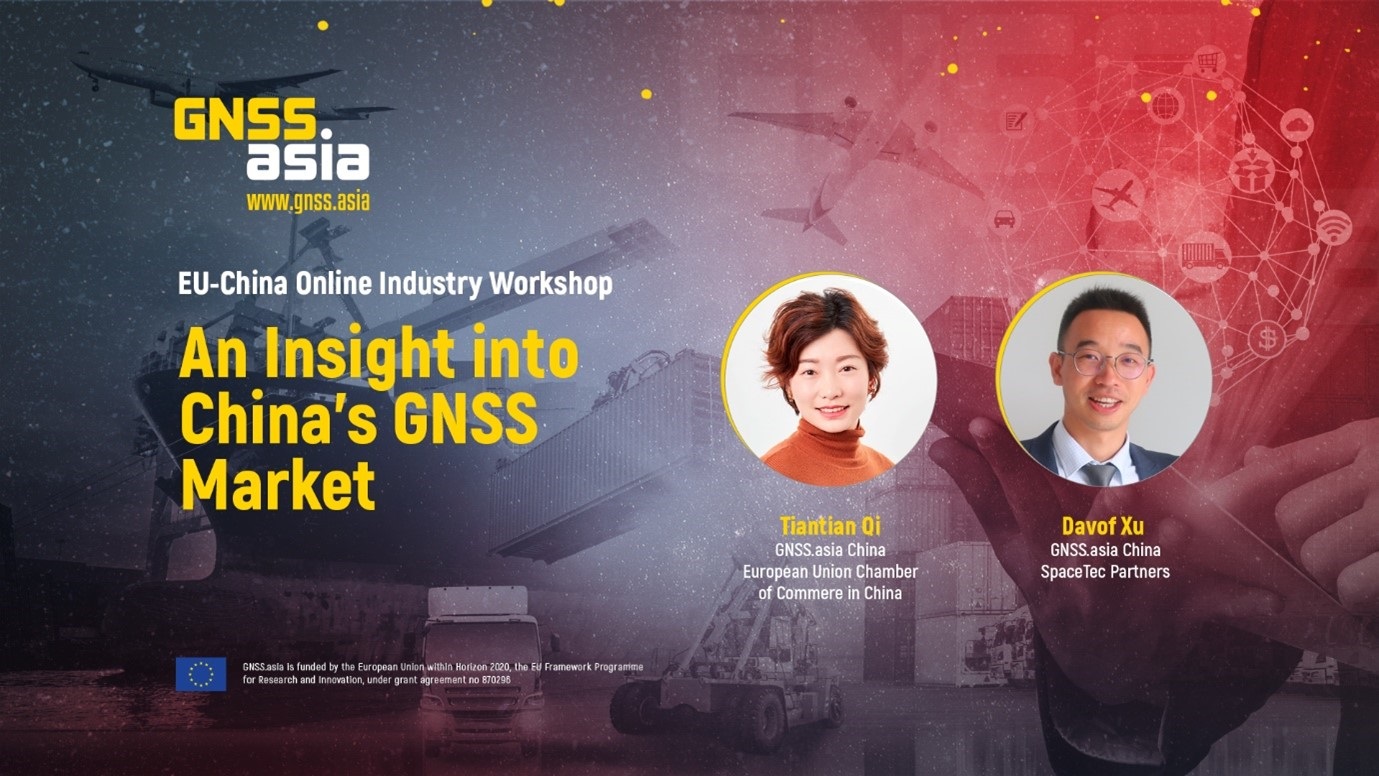 Outline of the event

On 4 December, GNSS.asia organised an online workshop which brought together 40+ GNSS experts and enthusiasts to explore the state of China’s GNSS industry. The exclusive insights from the ground were delivered by GNSS.asia’s own Ms Tiantian Qi and Mr Davof Xu who combine 20+ years of experience in the field.

1. China’s GNSS market segmentation differs from the European approach. While in Europe, there are ten commonly accepted GNSS-enabled technological groups, ranging from consumer solutions to critical infrastructure, in China the situation is considerably more intricate. There, three major “families” could be identified – Industrial market, Mass consumer market, and Specific market – each with a large number of groups that could be broken down even further into numerous subgroups.

2. In China, the largest share of its GNSS market is distributed over three key areas. These are Pearl River Delta, Beijing-Tianjin-Hebei, and the Yangtze River Delta, with EUR 9.4, EUR 9.27, and EUR 6 billion output in SatNav and location markets respectively.

3. GNSS-driven consumer solutions have penetrated every part of Chinese citizens’ daily life, including anti-COVID applications. From social apps and sharing economy to e-commerce and maps, the number of mobile location service users in China has grown from 230 million in 2011 to 1.3 billion in 2017.

4. China’s autonomous driving industry is at the forefront of technological development and makes active use of the GNSS data. Baidu’s Apollo self-driving taxis are a vivid example of the successful real-life testing of the application.

5. China sees new players going upstream with plans to build their own Low Earth Orbit (LEO) constellations to meet specific GNSS requirements. This is particularly true for telecommunication and automotive sectors, with Geely being a prominent example as the company plans to launch LEO satellites to serve its automated driving business and expanding future business in smart driving.

6. There is an increasing prevalence of the trend of sensor fusion which aims at leveraging the synergies arising from combining GNSS with Remote Sensing, Mobile Communications, IoT, and Artificial Intelligence.

7. The GNSS market in China constantly changes and evolves which leads to the creation of new business models based on the latest technologies and new market conditions such as the upstream market opening up for private and civil investment including foreign investment. At the same time, it is important to keep in mind more persistent factors like considerable public involvement in the form of investments in new and high-tech infrastructure as well as the dominant position of the big 3 ABC.

8. Growing legislation, regulation, and standardisation of China’s GNSS industry require foreign companies to be aware of the latest conditions before entering the market. For instance, more than 50 specific standards on GNSS have been released in addition to the establishment of the product quality certification system for GNSS products.

If you would like to dive deeper into any of the abovementioned topics, you have an opportunity to watch the recording and download the presentation of the event below.